[Posting for a friend…] 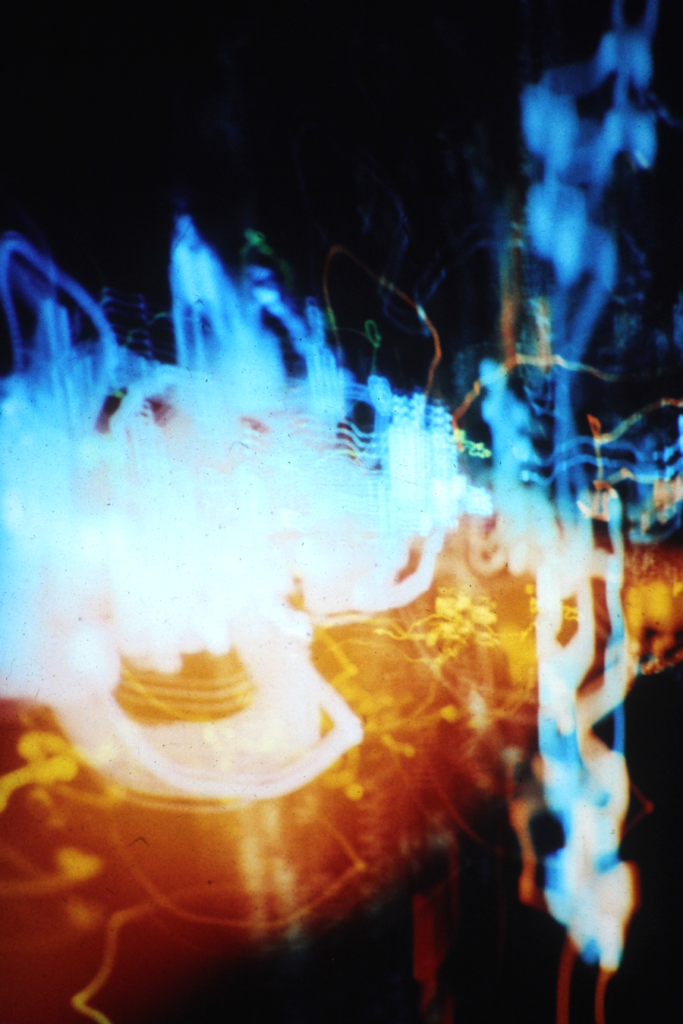 One afternoon following orchestra rehearsal, I was standing near the stage door and I noticed a tall, thin man with very long, dark hair. He had soft, brown eyes and chiseled features. I’d never seen him before, but I was compelled to watch him, although he was doing nothing more than leaning against the wall, obviously waiting for the stage to clear. While the other musicians were still filing out I heard a gentle voice in my ear:

“You’re going to know that man.”

I watched the tall, dark stranger as long as he stayed in the hall. Eventually someone came looking for him and waved him to come along. He was working, apparently. He might have lingered in my mind, but I was excited about my plans for the evening. That morning, a classmate from my theory class, Dennis Maxwell, invited me to bring my violin to his house to join his group for electronic music improvisation. He said he could put a pickup on my instrument and run it through a synthesizer. I’d never had the chance to play anything but classical music, except for the time at music camp when I fiddled in a bluegrass group in a talent show. I couldn’t wait for the evening to come.

That night I arrived at Dennis’s door, and no one seemed to be home. I knocked a couple times, and waited. No answer. I was about to turn and go home, thinking I’d come on the wrong day, but knocked one more time. A face appeared in one of the little window panes in the door. It was the tall, thin man with the long hair! My voice was trembling a little bit when I explained why I was there. He couldn’t have known how unnverved I was, finding myself at the door of the stranger, of whom I’d been told by an invisible whisper that I was destined to know. He welcomed me in, saying Dennis would be back soon. His name was Rator. Eugene X. Rator, Dennis’ roommate. 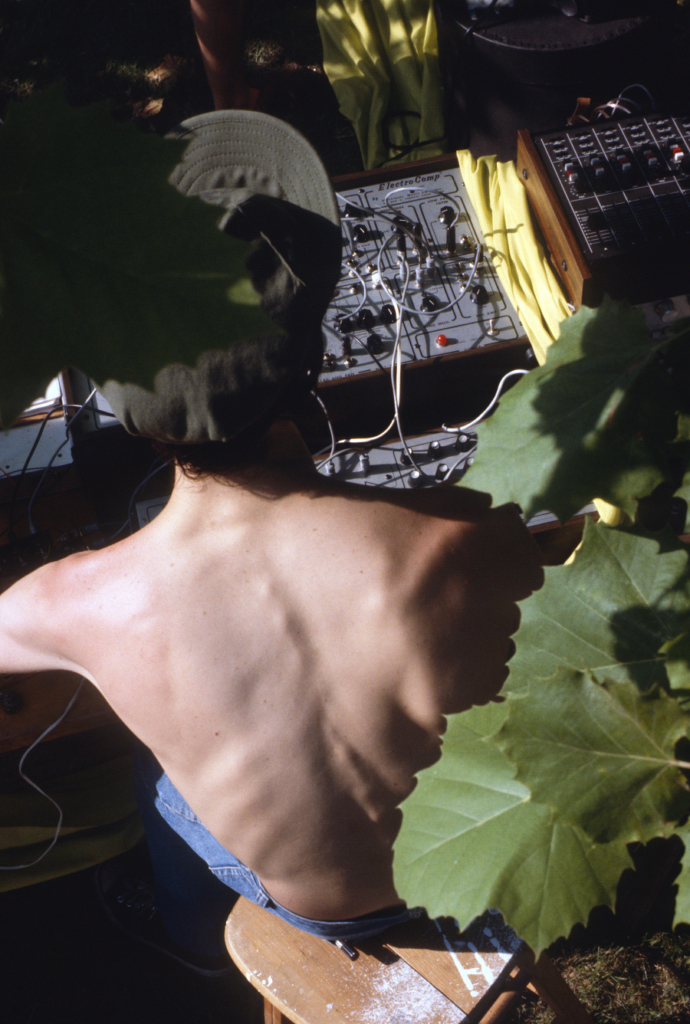 Dennis didn’t return for a couple hours. Rator brewed a pot of cinnamon coffee, and we seemed to talk about the entire universe in one sitting, as twilight came, the light dwindled, and we found ourselves sitting in the dark, perfectly comfortable together. Suddenly the door opened and the lights were flipped on as Dennis returned and other musicians began to arrive. I laughed at myself for being an on-time person, but I was glad I showed up hours before the time Dennis really meant.

The other musicians arrived – a cellist, Chinary Ung, from the university staff, Chris Hyatt on bass, Phil Philcher on sax. Rator would be playing synthesizer, and Dennis would be on his rack of percussion. We string players attached pickups to our instruments, and Rator created sweeping, soaring, even razor-edged sound forms from the input. It was an exhilarating night of music for me. The lights were put down, eliminating any possible visual cues, and we played sounds against one another, merging our instrumental flows into a soundscape. The guys called it Liquid Frequency. Afterwards, as everyone sipped a gin and tonic, thinking about what had emerged from the musical chemistry, they invited me back. I played with them many times after. 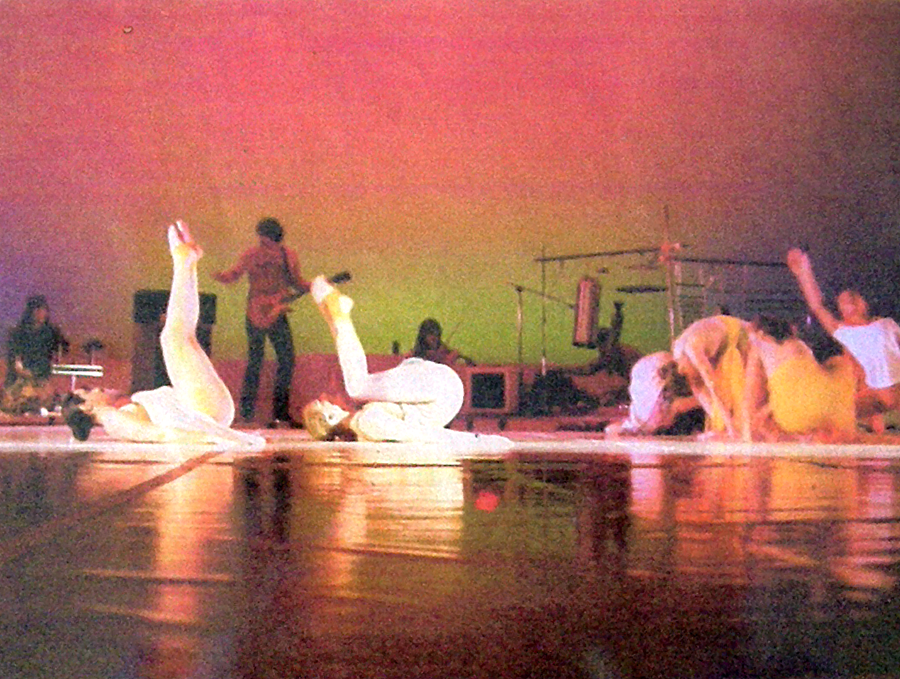 Liquid Frequency did a number of concerts around campus, sometimes enlisting the help of a dozen dancers from the Dance Department or borrowing everything that was available in the media pool, things like laser lights, echoplexes, whatever we could get our hands on. 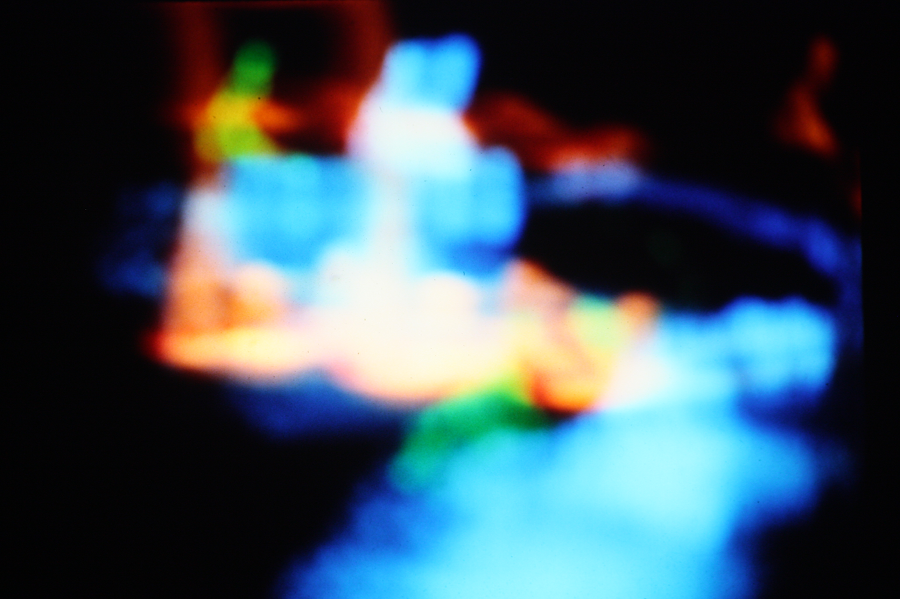 I decided to take some recording courses the following year, and began asking about the locked rooms in the Music Building, which Rator had said were synthesizer studios. I was determined to start writing music and doing more interesting things with my violin. I was tired of standard repertoire I’d been playing from orchestra to orchestra. This trail of breadcrumbs led me to the door of Joseph Pinzarrone. One day I worked up the nerve to knock on his door. He opened the door a little, peered out, and saw me standing there. I asked if I could talk to him about the synthesizer rooms, and he opened the door further, letting me in. Knocking on that door changed the course of my life.