We can all thank Chris Hyatt for his efforts to transcribe and preserve major portions of Eugene X. Rator’s oeuvre. The mountain of converted, digitized media is growing and some of us are following up now, editing and annotating, commenting and posting. But first, Chris took on on the much harder work of exhumation. 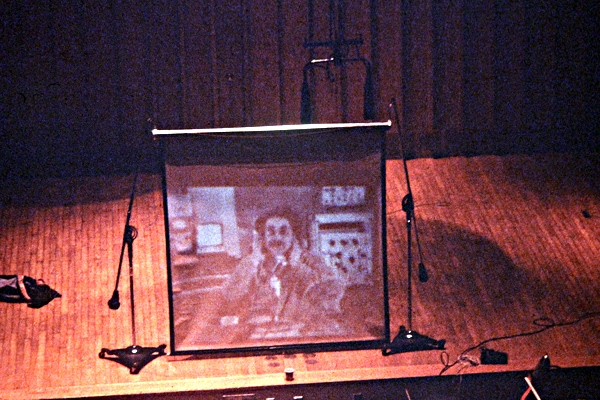 “Larger than life and just as complex and interesting”

The challenges are daunting in several dimensions:

Add to this the distortion and glitches Eugene often allowed or added intentionally for effect. Modern-day codecs work awfully hard at compression and in the process tend to smooth out noise and fill in gaps. But they can lose their minds entirely in the presence of recorded artifacts induced by, say, running power equipment near tape decks, passing magnets over the medium, or intentionally modulating the video synch signal. There’s plenty of that in this example.

Those are merely technical challenges. The emotional freight of memory and loss and survivor’s guilt hovers over the project, adding to its monumental challenge. And there’s so much of it in the first place. It’s hard to fight through the frustration and remember the good times, especially when sacrificing long hours or personal time. But the product does, in the end, speak for itself.

Here, in downloadable, digital form at last, is the infamous “Call from China” staged at the NIU School of Music concert hall on April 1, 1987. The first of many yet to come. Thanks, Chris!